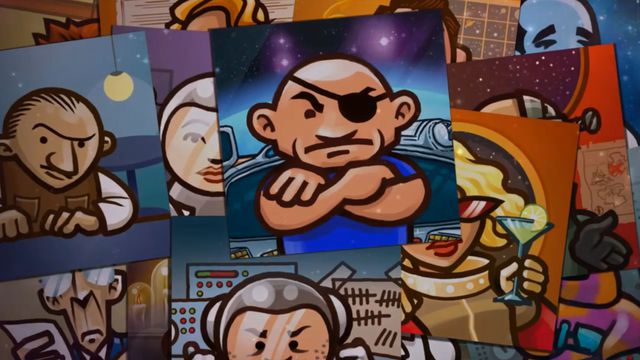 Getting together with your friends is still possible during social distancing

Getting a group of people together to play a board game for an evening can be challenging even under the best of circumstances. That’s why the folks who have a regular board gaming group are so lucky. They’ve found a community of like-minded individuals willing to go down the rabbit hole into Cones of Dunshire territory on a regular basis. But the ongoing coronavirus pandemic’s requirements for social distancing don’t mean you have to cancel board game night and risk losing your existing group’s momentum.

While fans of tabletop role-playing games like Dungeons & Dragons have solutions of their own, there are many different options for playing hobby board games online. Here are five of the best around.

When I first tried Tabletopia in 2016 I called it “slick as hell,” and that assessment has more or less held up. It’s a virtual board gaming platform, accessible through something as simple as a browser window, that allows you to hover over a digital version of your favorite board game like it’s StarCraft. But, instead of moving little space marines and aliens around, you’re moving around 3D-rendered game pieces and stacks of cards.

Since 2016 the platform has expanded, with dozens of popular titles licensed from their developers and publishers. The basic client is free, while well-regarded games such as Altiplano, Orléans, Scythe, and Wingspan are available via Steam for as little as $5.99. Tabletopia’s official website touts more than 800 titles in all.

A few caveats, however. Note that you’ll likely want to use something like Discord to handle voice communications. Additionally, you and the other players will still need to know how to play these games properly, as Tabletopia isn’t great at telling you when you’re doing something wrong.

Most folks know Vlaada Chvátil as the designer of the hit game Codenames, which has morphed into a bestselling franchise found on the shelves at retailers like Target and Walmart. But he’s also the man behind Galaxy Truckers, an award-winning spacefaring game. This version includes the popular Alien Technologies expansion.

This digital version can be played in real-time or turn-based mode. It also includes a full-fledged single-player campaign, a rarity for digital board games. And it accommodates up to four players locally or online. You can find it on Steam, at GOG.com, on the Apple App Store for iPad and iPhone, and on Google Play.

Labyrinth: The War on Terror

One of my all-time favorite strategy board games is Labyrinth: The War on Terror. It’s a thoughtful, complex game for two players designed by Volko Ruhnke, who also happens to be an instructor with the CIA. The painstakingly researched game allows players to effectively retell the ongoing story of modern global conflict from 2001 to the middle of the last decade. Historical events are played by each player at the table from a small hand of cards, in a system that blends the legendary Twilight Struggle with modern counter-insurgency (COIN) gameplay.

Now Labyrinth is available as a digital game, and is currently in the Steam Early Access program. The client accommodates two players, either locally or online, and also includes a single-player version of the game, one based on the wild and nearly incomprehensible multipage flowchart that comes bundled with the physical game.

A final note that if you are thinking of picking up the physical game from somewhere like GMT or on Amazon, be sure to get Labyrinth: The Awakening as well, which adds clarity to world events from that era.

First released in 2018, Scythe: Digital Edition is a dedicated client for the award-winning board game from designer Jamey Stegmaier at Stonemaier Games. Unlike the Tabletopia version above, it’s much more full-featured as far as the rules and tutorials go. It plays best with a full table of five, but there’s also a single-player version that you can run against the game’s powerful Automa system.

Fans of Scythe should also be on the lookout for Iron Harvest, an upcoming real-time strategy title that draws from the same 1920+ lore created by artist Jakub Rozalski.

Another award-winning title produced as a digital version by Asmodee Digital, Terraforming Mars is another excellent option for board game groups to explore remotely. This version has been developed with the help of the original designer, Jacob Fryxelius. It includes two modes of play, the basic version and the more complex Corporate Era ruleset. There’s also a drafting variant available to mix things up.

Terraforming Mars is available on the Apple App Store, Google Play, and Steam. It accommodates one to five players both locally and online.