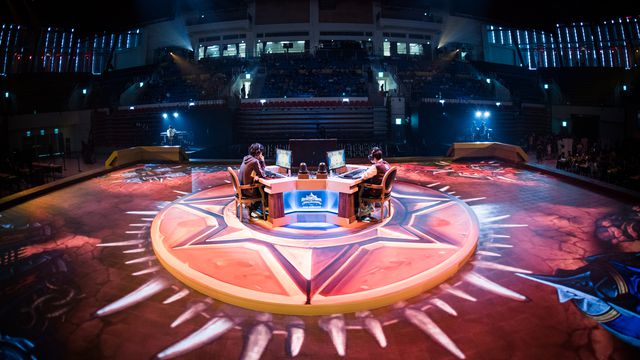 Players of popular Activision Blizzard games like Overwatch, World of Warcraft, and Hearthstone are taking their anger against the company online, voicing support for a boycott of the company via Twitter and Reddit.

On Twitter, messages under the #BoycottBlizzard hashtag are proliferating, in which protesters excoriate the company for banning a Hearthstone professional after he expressed support for ongoing pro-democracy demonstrations in Hong Kong.

While Blizzard become a trending topic on Twitter on Tuesday, the #BoycottBlizzard hashtag has apparently not spread widely enough to crack the top-20 trending stories today.

Blizzard said it is removing Chung from the current season of Grandmasters, and stripping him of prize money won so far. He will be banned from competition for a year. The two casters who interviewed Chung have also been fired.

The #BoycottBlizzard hashtag is currently generating a tweet every few seconds on Twitter. “It’s about money,” wrote Kristopher Lad. “@Blizzard_Ent should stand with democracy. People can say whatever they want especially #FreeHongKong, there is nothing wrong in saying you stand with a nation.” Twitter user Nick Hawkins accused Blizzard of being “spineless brown-nosing apologists for totalitarianism.”

Some users said they were deleting Blizzard games from their game collections, and threatened to cancel subscriptions to World of Warcraft.

Reddit’s World of Warcraft Classic page shows equal outrage. “This is not a good look for them and any PR team with half a brain would know that,” wrote zmarotrix. “This, in my mind at least, proves the only thing they actually care about is money. If it makes them more money to defend China attacking its own citizens, then that’s what they are gonna do.”

Blizzard’s actions come at a time of increasing scrutiny on companies which have expansionist ambitions in China. Yesterday, the NBA apologized after Houston Rockets general manager Daryl Morey tweeted pro-Hong Kong sentiments, which he later deleted. Presidential hopeful Beto O’Rourke responded in a tweet: “The only thing the NBA should be apologizing for is their blatant prioritization of profits over human rights. What an embarrassment.”

Media commentators have also been critical of the decision.

“Blizzard is not merely trying to operate within the confines of Chinese censorship but acting as its agent,” wrote Vox’s Zack Beauchamp today, arguing that the company’s expansion priorities in China are leading it to make unacceptable decisions. “Blizzard is throwing its lot in with an authoritarian state, acting as an international agent of its repressive apparatus in opposition to fundamental human rights.”

Polygon has reached out to Activision Blizzard for comment. We’ll update this story if the company responds.