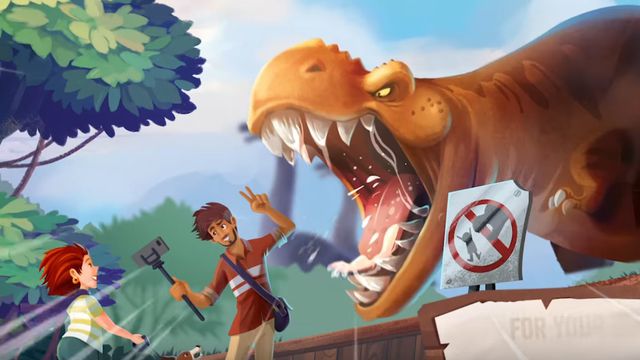 More good news for everyone stuck at home during the pandemic. The second annual American Tabletop Awards were announced on Tuesday, and the committee has some excellent suggestions for you, your friends, and your family. Best of all, these aren’t niche titles that you had to order on Kickstarter three years ago to get copies of, but widely available commercial releases. If you’re eager to get some fresh new games into your collection, here’s where to start.

The American Tabletop Awards are the United States board game industry’s answer to the Spiel des Jahres, Germany’s world-renowned tabletop awards program. It’s also a healthy alternative to the Golden Geek Awards handed out by the community at Board Game Geek, which in my opinion has begun to veer slightly out of touch with everyday fans of the hobby. The result is a delightfully diverse committee backed by a robust code of conduct, with transparency and clear provisions against conflicts of interest.

The awards are also broken up into slightly different categories than you might be used to seeing elsewhere. They include Early Gamers (titles that aren’t necessarily for children, mind you, but for those who might be new to the hobby), Casual Games, Strategy Games, and Complex Games.

This year’s winner in the Early Gamers category is called Draftosaurus, designed by Antoine Bauza, Corentin Lebrat, Ludovic Maublanc, Théo Rivière and published by Ankama. It’s a charming take on the Jurassic Park trope of bringing tourists to a park full of deadly dinosaurs. The delightful little dinosaur meeples look great on the table, and the 15-minute playtime will keep everyone engaged. You can find it at your friendly local game store and on Amazon.

From the prolific designer Rob Daviau (Pandemic Legacy, Betrayal Legacy) and Calliope Games comes ShipShape, a game about pirates and smugglers dividing up the loot after a long voyage. The gimmick in this one is that the loot takes the form of specially-designed cardboard tiles with cutouts in them. As you begin to stack up your tiles, certain types of loot on the bottom of the stack get covered up by what’s on top. It’s a classic trick-taking game cleverly converted into a geometric puzzle and, just like Draftosaurus above, gameplay is lightning fast. You can find ShipShape at your local game store and on Amazon.

This year’s winner for Strategy Games is called Wingspan. We’ve been writing about Elizabeth Hargrave’s multi-award-winning game an awful lot lately, and with good reason. The game has rocketed to the top of the heap as one of the best board games of all time among hobbyists, while also getting good traction with everyday consumers. In it, players take on the role of birders, including amateur bird watchers, ornithologists, academics, and collectors. The art is lovely, and the gameplay itself is extraordinary. There’s also a digital version on the way for the Nintendo Switch. You can pick up Wingspan directly from publisher Stonemaier Games, but copies aren’t shipping until May. Your best bet will likely be your friendly local game store. Copies are also available on Amazon, but supplies are limited and copies are going for double or more.

The Taverns of Tiefenthal

Wolfgang Warsch’s The Taverns of Tiefenthal gets the nod this year in the Complex Game. It’s not a short game, especially with four players, but it is one of the best European-style games to hit tables here in the U.S. in a long time. Players take on the role of tavern owners and must do their best to feed and water the denizens of the town of Tiefenthal. Expect a table covered in stacks of tiny cards, and multi-paneled sideboards that slot together to create cross sections of adorable little pubs. You’ll need a lot of room and some patience for your first game, but after that you should be good to go. The game is available from publisher North Star Games, your friendly local game store, and on Amazon.

You can find information on the American Tabletop Awards, and a list of all the games nominated by the committee, at their official website.