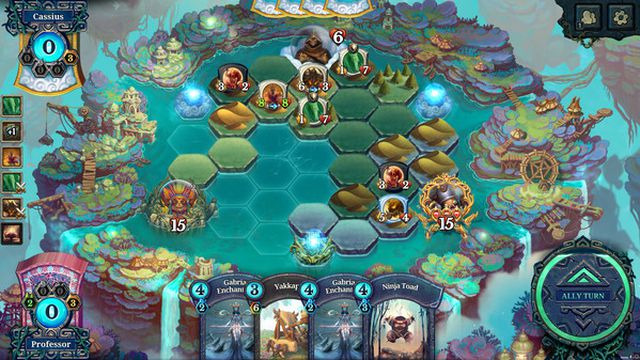 It will replace Kingdom Come: Deliverance and Aztez

The latest PC title hitting the Epic Games Store is Faeria, a turn-based strategic card game set in a fantasy world. Faeria will be available to download for Mac and Windows PC from Feb. 20-27.

Originally released in 2016 by Belgian studio Abrakam, Faeria has been described as “the perfect combination of Catan and Heartstone.” Through a combination of deckbuilding and mapbuilding, players fight turn-based battles on a “living board.” And unlike many digital card games that often require spending real money on powerful cards, Abrakam promises that “all cards are earned through simply playing the game.” However, that’s just referring to the 300 original cards — DLC packs with new cards, new monsters, and new battlegrounds are available for purchase. Faeria usually costs $24.99.

Fareia will replace Kingdom Come: Deliverance and Aztez as the Epic Games Store free games for the week of Feb. 13-20.