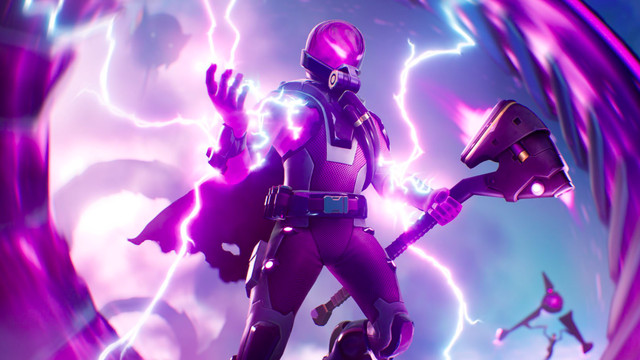 Fortnite gets new items all the time, but not every addition has a meaningful impact on the game. Epic Games’ latest experiment is already raising eyebrows thanks to its powerful, and at times bewildering powers, however.

The Storm Flip is a grenade with a simple premise: throw it, and it’ll revert the area. If the locale was safe, now there’s an expanding storm cloud that hurts enemies. If the land was already under the wrath of the storm, the Flip will instead create an expanding area of safety. On paper, the Storm Flip is a fascinating concept meant to increase mobility, as players cannot simply hole up in one area and maintain safety if their enemy has one of these new grenades to use.

But in practice? Things are much messier, especially if you use the Storm Flip near the end of the game, when the storm is already closing in. As this clip by TakeoffsFN shows, you literally cannot tell what’s safe and what’s not. The lack of visibility makes the item a dangerous proposition.

Judging from other clips that players are sharing, this confusion isn’t an isolated incident. If you throw the Storm Flip during the final circle, disaster ensues for everyone involved, including the person who yields it.

It’s enough of a problem that, a day after placing it into the game, Epic has announced that the Storm Flip will be disabled from both the World Cup open this weekend, along with Arena mode.

Is the Storm Flip balanced? It might be too early to tell. Some, like YouTuber Muselk, are calling the grenade OP, and while YouTube is prone to hyberbole, it seems that other players on social media are on the same page.

Sometimes it seems as if Epic is not nearly as interested in balance as they are making the game entertaining to watch, which is why Fortnite includes so many wacky items introduced on a weekly basis. On that front, the Storm Flip certainly delivers, as it adds another unexpected wrinkle to matches.

Still, it kind of sucks to die because you can’t even tell what’s what anymore. What’s fun isn’t always what’s fair, and vice versa.