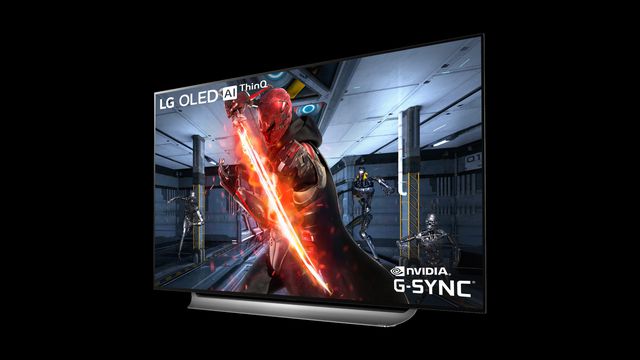 Bringing G-Sync to the living room

LG’s OLED televisions have been recognized for years as some of the best screens on the market when it comes to pure picture quality. Some of the newest ones are about to become very appealing options for people with gaming PCs in their living room: LG has partnered with Nvidia to bring support for G-Sync to five 2019 TVs, the companies announced Tuesday.

A firmware update will be released “in the weeks to follow,” said LG in a news release, to enable G-Sync on the company’s C9 (available in 55-, 65-, and 77-inch sizes) and E9 (available at 55 inches and 65 inches) models. Nvidia said that at that time, it will publish a new GeForce Game Ready driver that will allow people to take advantage of G-Sync on those TVs via HDMI. The feature will only work with a Turing-based GPU — one of the GeForce RTX graphics cards or GTX 16-series cards.

The support will come from Nvidia’s G-Sync Compatible program, through which the company certifies select AMD FreeSync displays as providing a comparable experience to G-Sync. LG’s 2019 TVs already supported variable refresh rate (VRR) technology through their HDMI 2.1 ports; VRR is built into the HDMI 2.1 specification. But G-Sync currently works only over DisplayPort, not HDMI. On the other hand, AMD FreeSync has functioned via HDMI and DisplayPort for years. (While HDMI ports exist on both TVs and computer monitors, DisplayPort is limited to the latter; you won’t find it on TVs.)

Nvidia noted that the GeForce driver update will enable VRR over HDMI in general, and said “you can try enabling HDMI VRR” on displays that aren’t these five LG TVs. Of course, they may or may not work properly, since Nvidia hasn’t certified them as G-Sync Compatible.

Either way, the update will open up smooth big-screen gaming to a larger audience. FreeSync is limited to AMD graphics cards and all Xbox One models, and there aren’t a lot of 4K TVs available right now that support VRR. Two of the ones that do are attempts at making the perfect gaming TV: the 65-inch HP Omen X Emperium, which is the first TV in Nvidia’s Big Format Gaming Display initiative to hit the market, and a 55-inch OLED monitor from Alienware.

But at $4,999.99 and $3,999, respectively, they make the 2019 LG TVs seem cheap. (Which they’re not! The 55-inch C9 is currently going for $1,599.99, while the 65-inch version costs $2,499.99.) And again, the consensus on the LG screens is that they’re some of the best TVs money can buy. That’s not only because of their picture quality; LG has worked to reduce input lag over the past few years, so these OLED TVs are now well-suited for gaming. Any gaming-specific big-screen displays have a high bar to meet.