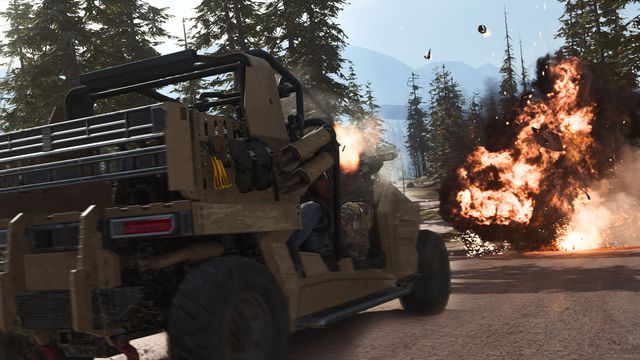 Special Ops will let players tackle objectives however they want

We’ve gotten glimpses of Call of Duty: Modern Warfare’s campaign and multiplayer already, but Infinity Ward has finally pulled back the curtain on the game’s co-op mode: Special Ops.

The main focus of the Special Ops mode will be on Operations. Infinty Ward says that these are special multi-stage encounters designed to let you tackle them however you want. Four players will enter Operations with their custom-selected loadouts, which includes the same gear they have unlocked and customized for multiplayer, and attempt to take down a specific objective. Players can approach these Operations stealthily, go in guns blazing, or even bring a vehicle if they need one.

The Special Ops trailer shows off a few of the environments that the mode will take players to including a few familiar places from Call of Duty’s past. There’s a soviet-era pool, the infrared gunner’s seat of a plane, and even the interior of a civilian-looking plane similar to the original Modern Warfare’s fan-favorite Mile High Club mission. It’s possible that the mode could be adapting some of these classic Call of Duty moments and updating them for co-op.

At launch there will be four total multi-stage Operations, and future additions will come to all platforms simultaneously.

Operations aren’t the only type of challenge that Special Ops will come with, however. There will also be Missions, which are experiences that can be played by anywhere from one to four players. These will be shorter and are designed to be replayed several times. They will also be scored and timed so you can earn a star ranking at the end and compete for high scores. There will even be an “Infinity Ward” time that gives you an impressive time to try to beat.

The only Special Ops mode that won’t be available to all players at launch is the Survival mode. Survival is a wave-based mode that will launch with the PlayStation 4 version of the game. It will include three multiplayer maps for you and up to three other players to survive. Non-PS4 players will be able to get their hands on the Survival mode after the exclusivity ends on Oct. 1, 2020.

All of the Special Ops modes will carry over progress to Modern Warfare’s multiplayer modes. So if you unlock something in Special Ops you can use it in multiplayer, and all those multiplayer matches are also earning you new unlocks for Special Ops.

Special Ops will launch on all platforms when Modern Warfare releases on Oct. 25. There are also plans to add to Special Ops after the game’s release, however Infinity Ward hasn’t revealed any extra details yet.