Trainers, the following raid bosses are currently available in Pokemon GO. Link to our raid guides are available below. 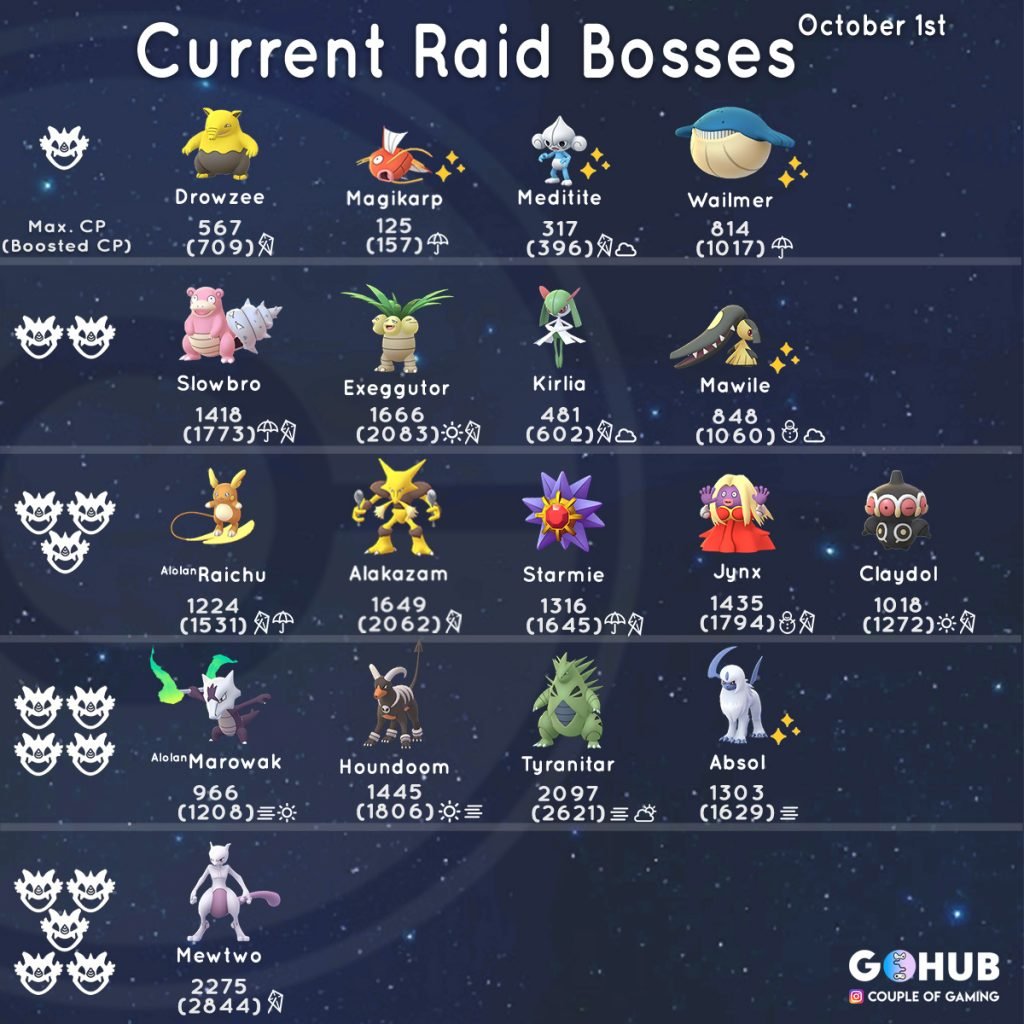 All of the Tier 2 bosses are easy solos.

Alolan Raichu and Claydol can be challenging, but the rest should be soloable.

Alolan Marowak can be a problem, but most are duoable.

What you should be spending your raid pass on?

We suggest the following strategy for October raids:

Should you power up any of the current raid bosses?

No. Generation III is on it’s way out and we don’t know how the meta will look a few months from now. You should absolutely save your Stardust and candies for when Generation IV comes out.