News roundup is a collection of things that were interesting but did not get a dedicated post on the Hub. Enjoy!

For those unaware of the issue, Water biome spawns were not spawning Halloween ghost Pokémon. According to a reddit thread posted recently, the water biome now correctly spawns event Ghosts.

Curiously, several users reported that the Water biome was also problematic in the past, refusing to spawn grass Pokémon during the Worldwide bloom Grass Event.

Shiny Sableye can be hatched from 10 km eggs

It’s confirmed: Sableye and it’s shiny form can be hatched from 10 km eggs. Credits for the hatch go to /u/garyfack who posted two screenshots confirming the hatch: 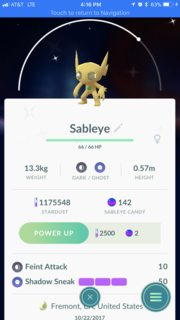 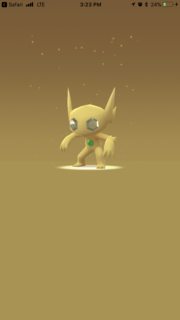 A new wave of EX Raid invites has gone live a few days ago, inviting players to participate in an EX Raid on October 27th. Our Indian readers tipped us of about this EX Raid and it seems that only sponsored gyms are eligible as raid venues.

The GO Hub database has been updated, bringing new functionality and info to our readers. Changelog: