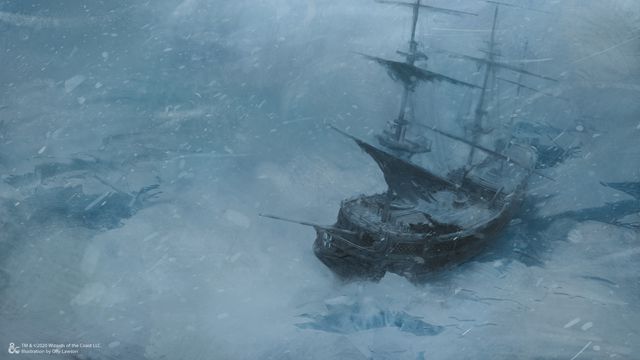 Image: Olly Lawson/Wizards of the Coast

Icewind Dale: Rime of the Frostmaiden Platinum Edition is limited to 1,000 units

In June, Wizards of the Coast announced its next Dungeons & Dragons campaign, Icewind Dale: Rime of the Frostmaiden. Along with that announcement, the publisher also teased a limited-run, Platinum Edition of the module that goes for $499. Fans won’t know exactly what’s inside until the elaborate kits arrive some time in October.

Icewind Dale: Rime of the Frostmaiden Platinum Edition is the work of the team at Beadle & Grimm’s. There aren’t many images to go along with the announcement, since the adventure itself won’t be published until Sept. 15. Some of the contents are still secret and will likely remain that way, but so far the description says it will include the following:

[Warning: Text and links below will spoil some elements of previous published D&D campaign modules, including Watdeep: Dragon Heist, Ghosts of Saltmarsh, and Baldur’s Gate: Descent into Avernus.]

So what’s all this stuff going to actually look like? For a hint, you can dip into previous deluxe editions that Beadle & Grimm’s has made over the last few years. They include high-end modules for Waterdeep: Dragon Heist, Ghosts of Saltmarsh, and Baldur’s Gate: Descent into Avernus. I’ve been perusing them myself this past weekend, and as a Dungeon Master that likes to make a decent handout every now and again, these kits are tremendously exciting.

What stands out is the fact that the goodies inside these kits aren’t just flashy bits of merch. Yes, there’s a plushy or two to be found inside, but the bulk of the contents are handy items that will serve to elevate your player’s experience. They’ll also make running the adventures easier for the DM.

For instance, the Dragon Heist kit included two canvas maps — one for the city of Waterdeep, and the other for the player-owned inn that serves as that module’s headquarters. After all the wear and tear that the paper maps received while I ran that module at home, something a little more robust would have been welcome. Add in some actual Gold Dragon coins and a few bits of jewelry specific to the module’s key factions, and it sounds like just the thing to keep players engaged week after week.

Only 1,000 copies of Icewind Dale: Rime of the Frostmaiden Platinum Edition are being made. Pre-orders are now open, with shipments slated for October.