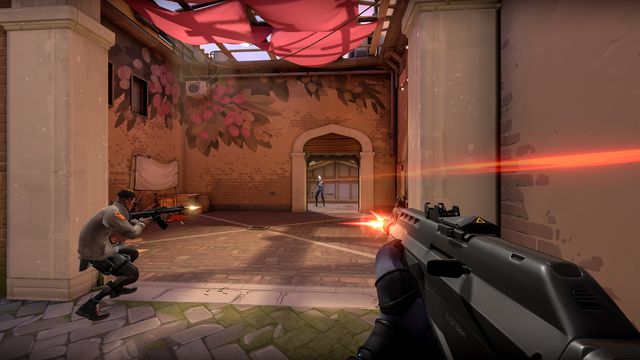 Valorant’s been out for a few weeks now, but Riot isn’t wasting any time in looking toward the future. On Monday, the developer released a video update with executive producer Anna Donlon letting fans know what’s on the horizon for the tactical shooter.

While Donlon offered plenty of updates on the game, the biggest news was about Riot’s longterm plans for releasing new Agents and maps. According to Donlon, the current plan is to release a new Agent with each Act. Valorant’s Acts are a bit like seasons in other games, and will last around two months each. This means that there should be around six new Agents added to Valorant every year.

Valorant’s calendar will also be separated into Episodes. Each Episode will last about six months, which makes sense considering that there are three Acts per Episode. Episodes will provide Riot with a chance to make larger changes to Valorant, according to Donlon, including the addition of new mechanics or additional maps. While Episodes are where the largest changes to the game are likely to come in, Donlon notes that this doesn’t mean there won’t be major iterations and changes during Acts, just that they’ll likely be less common than the big changes that will always come with new Episodes.

In Valorant’s more immediate future, Donlon let fans know that there are a few quality-of-life changes on the way in the next few patches. These changes will include things like early surrenders, in case a team feels like a victory is totally out of reach, the ability to remake games, in case something goes wrong like a player disconnecting for a few rounds, and even timeouts.

As usual with any game updates, especially with all of Valorant’s devs working from home, these timelines aren’t set in stone. Donlon mentions that if fans think content is coming too quickly or too slowly, Riot’s open to adjusting the pace.

As one final Easter egg, Riot even included a teaser of the new Agent that will be coming in Act 2. For now all we got is a silhouette, but if the Riot stays on schedule we should expect to hear a little more about this Agent soon, since they should be set for release sometime in August.